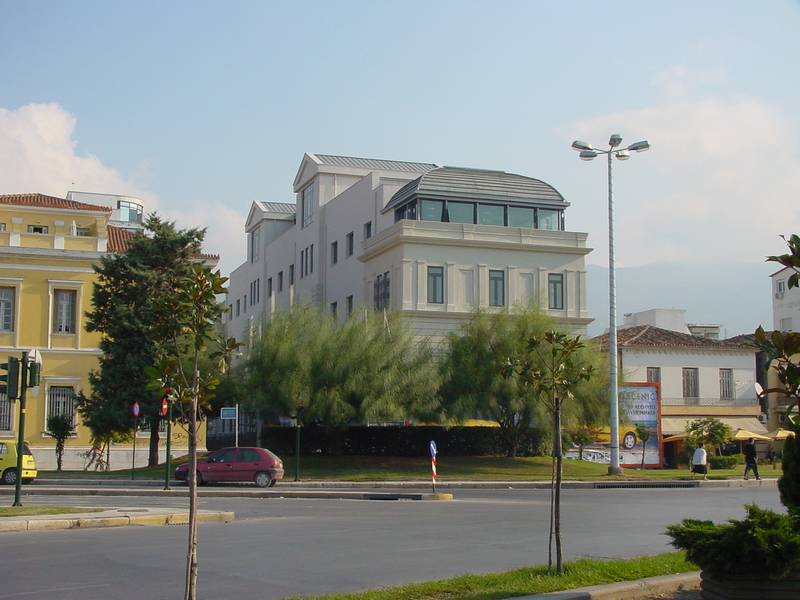 His search under the study of a building in the past leads to the beginning of the century around to 1910 when was constructed a selective building with intensely neoclassical elements included harmoniously in a corresponding environment for the accommodation of the Bank of Athens.

The intervention in the particular space tries to give a new “soul” modern and catalytic in the remains of nutshell that exists, swinging between the past and the present. Intention was to create a diachronic public building dominant in the urban web, as the particular Academic Library should be.

A building that would receive, submit, signal, refer, dominate, propose but also speak in favour of the distinguished, in a social-cultural opinion, operation of the Academic Library.

The central core was stressed with absolute symmetry in the outline and the style of the initial building and the voids were supplemented with a building “background” which collapses and dematerialises (it becomes perfectly transparent) in the edges where it stands on the elaborately restored piece.